AT THE TOP OF THE HOUR 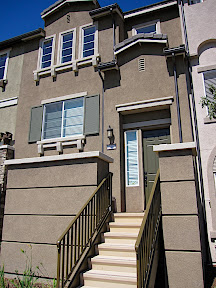 We, my wife, Robyn, and I, and our friend, Maggie, used to live in a 2-story house that shared one wall and was built in the 70s.

This is our story. 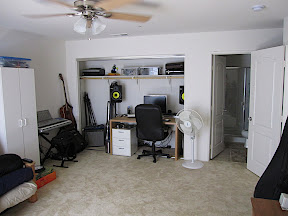 Still, it’s a beneficial process in that it forces you to examine your possessions, taking stock, reminiscing, and hopefully thinning out the excesses of your belongings. I can’t say I did much excising this move-around, but it was fun to look back at things from my past and then place them into a box which was then moved and unpacked, forever storing relics in a new home.

Friday, May 28, we signed final paperwork with the customer care people and were given our keys. Rejoice! Upon receipt, we looked around at the austere surroundings and then decided to fill it up with our stuff. Like you do. A few carloads later, there was some semblance of a home taking shape.

Saturday brought Robyn’s parents and brother and a van, so our vehicleloads were more efficient (the kitchen was also handled well by Robyn’s mom, and her dad helped immensely with getting ceiling fans hooked up). We also slept for the last time in our now-old home, and yet I did not feel any overwhelming sadness. It was a good home to us and while I knew I would miss it a little, I’ve always felt that home is where your stuff is. After the next day’s end, our stuff would be elsewhere.

Sunday made that a reality. We got the requisite, large moving truck and, with a little help from our friends, got most of the remnants packed. It’s always kind of empowering to drive a Big Truck versus my Little Car, but it definitely takes more coordination to move it into certain spaces, so a big thanks to Josh for helping out. We got everything out and into the new place in a Depeche Mode, which included a stop at Costco for our new Cal King bed and pizza. After resting to consume said pizza, washed down with beer, our compatriots eventually exited and we commenced to setting up the place. 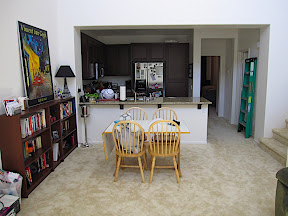 Over the next week or so we’ve bought a couple bits of furniture (another entertainment stand, some small bookcases, and a second LCD TV) to fill out the rest of the empty spaces, whilst plowing through boxes like a bull through an unlucky matador. Except for the garage, we’re basically done. Not bad, eh?

We finally got Internet/TV set up on Monday, even if the wiring job done in the house is messed up and they’re going to have to come back to make it a little more elegant. U-Verse is boss, their DVR is nice, and Internet is fast and wireless. It feels like a comfortable home now, with all the creature comforts we’re used to.

Overall, we’re pretty happy with it, as appliances and plumbing and doors all function properly. It’s nice and new, just as we asked. The negatives are basically annoyances, and not deal-breakers by any means. They’re just more annoying than normal because WE OWN THIS PLACE OMG, and that’s a new feeling I’m not accustomed to by any means.

3 thoughts on “We’ve Lived in Our House For Over a Week Now, So Recap Time”

My name is Mike. I am a pessimistic optimist who is also an extroverted introvert, getting through life with music, games, words, and sometimes code.

I'm all about the recorded or synthesized sound pressure variations, so check out nebyoolae.com when you get a chance.